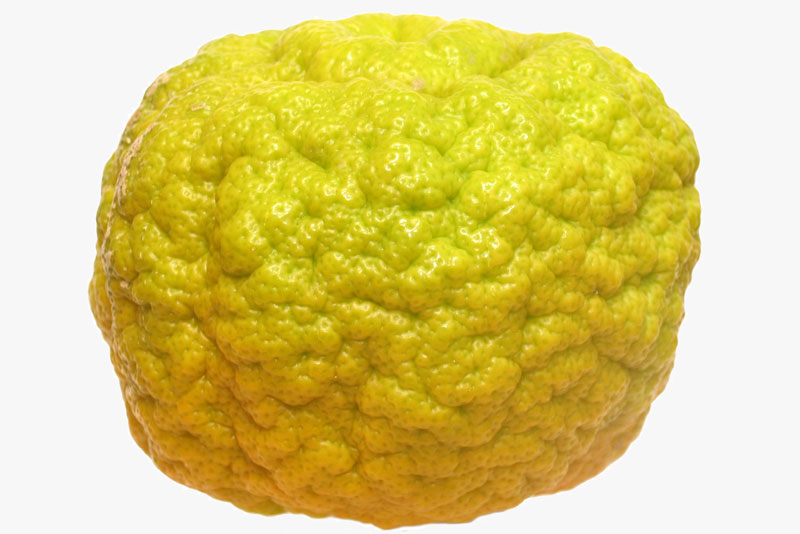 Sa Pompia. The fruit with multiple properties for health

Pompìa (Citrus limon var. Pompia Camarda, 2015), in Sardinian language "sa pompìa", is a variety of lemon endemic to Sardinia, widespread in the regions of the "Baronie". Until July 2015 it was defined with the "nomen nudum" of "Citrus × monstruosa", which was not recognized academically.

The origins of pompia are not yet clear; the most accredited theory is that it is a hybrid between cedar and lemon, even if some scholars speak of a hybrid between cedar and grapefruit. What is certain is that pompia is among the rarest citrus fruits in the world: until twenty years ago there were only a few hundred trees. The rediscovery of this fruit took place at the end of the 90s of the last century, when in Siniscola it was decided to plant an extensive cultivation of pompia, for a social agriculture project managed by the Municipality of Siniscola.

During your holiday in Cala Gonone you will have the opportunity to taste the candied fruit, expertly prepared by the "Gastronomia Onesto". You can participate in the daily tastings that are offered to you in their store, and possibly buy it to make yourself or give a unique gift to friends and relatives. In addition to the pompia tasting, the Onesto Gastronomy Flavors Tour extends to cheeses, honey and many other snacks from the Sardinian and Dorgalese gastronomic tradition.