Pottery in Cala Gonone and Dorgali

The story of ceramic atelier in Sardinia has its roots in the remote past: museums and archaeological sites preserve many artifacts that date back to Prehistory. Discover the artistic production on the pottery atelier in Dorgali and Cala Gonone!

The sardinian pottery production as we know and appreciate nowaday arises from the middle of the nineteenth centrury thanks to general La Marmora, who allows the ceramists to produce something different from the traditional, daily used pottery.
New atelier prosper in the whole region mostly based on the works of the sardinian artist Francesco Ciusa. The first atelier in Dorgali was opened by Ciriaco Piras, pupil of Ciusa, in 1900. His production was inspired by the drawings of Fancello, a young artist who combined the artistic formation in Monza (near Milan) with the sardinian traditional art. 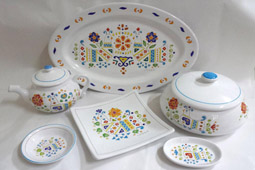 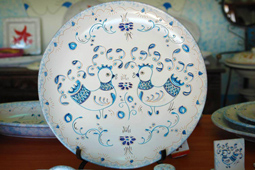 How to get to Cala Gonone