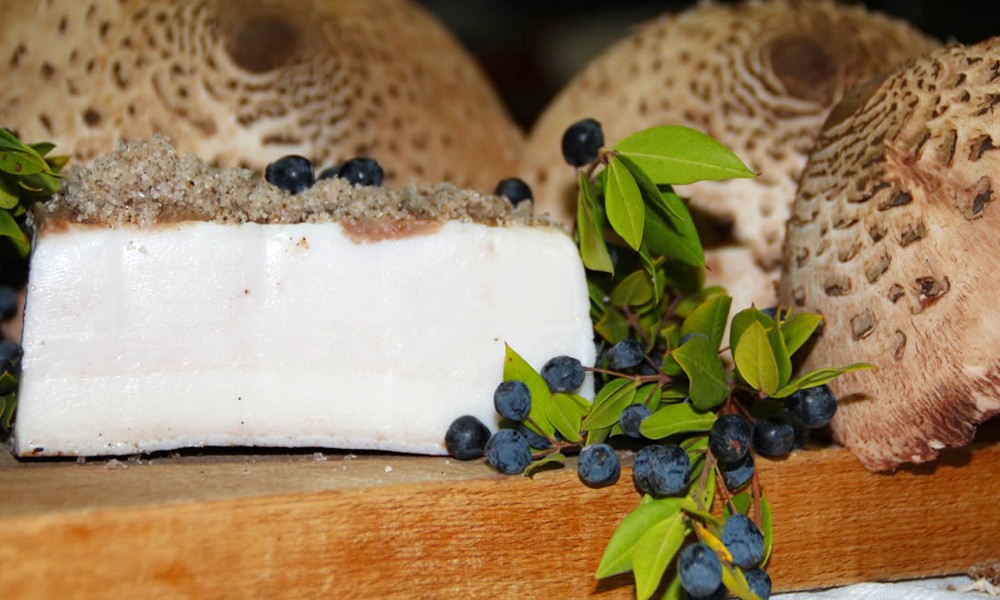 Larderia Prosciutteria Palitta was born in 2014 in Dorgali by the passion of a young driver who touring Italy, knows a lard producer from Colonnata (Tuscany).
The friendship with the latter increases the passion and the desire to produce lard combining it with the flavors of his beloved Sardinia, and a series of vicissitudes bring the young man to undertake this new activity.

So begins the adventure of the first Larderia of Sardinia, that now works lard flavored with myrtle and spices of Barbagia, with care and attention. Processing, maturation on marble for about seven months and the flavors of earth and sea used, give this product an unique taste. Myrtle Lard has a white color slightly pinkish and a smooth soft texture.

Myrtle Lard is extremely versatile, you can taste it natural or combine it with strong tastes like polenta, pizza, mushrooms, pasta and meat that will elevate the flavor and taste of various dishes. It is important, when considering the possible combinations with lard, not to overdo the amount and cut it very thin.

Chat with Whatsapp
Contact the business using the form below

Tips to read before going on vacation
Scoprili tutti